Honestly this infertility is quite shocking to me, I mean my own Mother got knocked up FOUR times on accident. I’m healthy, I eat right, I exercise, I just don’t understand where the disconnect is!  When we first started trying I was so excited, I knew for sure I’d be pregnant within 2 months and pop the kid out right after graduation and everything would be fine.


3 months in I thought, ok something’s not right let’s try some tricks:  sperm friendly lube, pillows under the hips, temping, and ovulation sticks, etc. Jesus, I’m pretty sure I spent all my free time on the internet researching way’s to get knocked up. Let me tell you if you love drama just join a birth club on BabyCenter, those girls are cray. No offense, I did meet some of my great friends there! I seem to make a lot of real life friends off the internet…. Anyways…..

5 months in I realized something was wrong with my temping charts; I was ovulating on day 21 and getting my period on day 29. {For those of you not familiar with this kind of stuff you should have 12-14 days between the two} . I became obsessed with figuring out a way to lengthen my luteal phase, B12 or was it B6, I can’t remember?? I tried teas, creams, whatever I could and EVERY SINGLE MONTH I was sure it was going to work and EVERY SINGLE MONTH i was devastated.
I remember the day I got my period and realized something was wrong, it was Fourth of July and I was waiting for Oliver to get home so we could go to a party. He was late, my period started, and I was PISSED. I was pissed about my body and I took it out on him, we had a terrible fight and I cried most of the night, he just didn’t understand why I was so upset. The next day I made an appointment with my gyno.

On my first visit to the gyno they did a sonogram to check my stuff, I don’t really know what, but the tech said ‘Oh well that looks weird’. Thanks, way to freak a girl out! I found out I had a large cyst on my stomach lining and had to have surgery to have it removed. 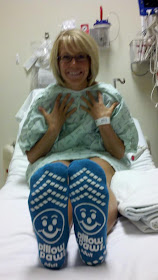 7 months in I started taking Clomid to hopefully make me ovulate better/sooner, honestly gyno’s can only prescribe a few things to help with getting knocked up, but most of the time you need to have been seeing them about the issue for a YEAR before they will refer you to a fertility specialist. I find that very annoying, what’s the point of putting me on a medicine I may not need just to waste time until I can see the person who CAN figure out what’s going on?

12 months in and no progress. The clomid did nothing; they also prescribed me progesterone supplements for a month which had zero effect on me. FINALLY I was given the ok to see a specialist! I had just started my new job and I was concerned about taking time off to go to the Dr, I found one within 15 minutes of my office and my boss is very flexible so that was one less thing for me to worry about.  The Dr was very nice and the first visit all we did was chat about my history, I expressed concern over my exercise routines and whether they were affecting my cycles. He said it’s possible, but he didn’t think that was what was going on. He did a sonogram and I found out my uterus lining was not very thick so I had to wait a month for my cycle to start and take a panel of blood work. I do have a few hormone levels that are low, but nothing they could fix.  I had to wait ANOTHER month for my cycle to start so they could check my uterus, I did have some scar tissue inside, but THANKFULLY he was able to remove it without me having to have surgery. I probably would break down if I have to have another surgery, I don’t have the time off at work and it’s so effing expensive.

Now I have to wait ONE MORE MONTH {storyofmylife} to have yet another test done before he can decide a course of action. He needs to check my tubes with a dye test and it has to be done within 7 days of your cycle starting, I think? Haha. All I know is I call them up and they tell me when to come in, that’s about all the effort I’m putting into this right now.

The first 6 months were the hardest, and then I started forcing myself to focus on other things. I was graduating, I had to find a job, I signed up for a half, I started lifting more weights. Anything besides sitting around wondering if every sign my body was giving me was one of pregnancy. No more peeing on sticks, no more tracking days, no more forcing sex because it’s baby making time.

So PLEASE don’t tell me to stop trying, I have. I know a lot of women are going through/ have gone through this and I honestly don’t mind sharing, in fact I have an easier time sharing with strangers than I do with my husband. I don’t tell him much and he doesn’t ask, which is why I can’t get mad when he makes comments like ‘so are we still having another kid or what’.  All he really wants to know is when to drop trough and if I’m actually knocked up, which is totally fine with me, I don’t want to sit around gabbing about it either.

Even after over a year of this I still think NEXT MONTH IS MY MONTH. 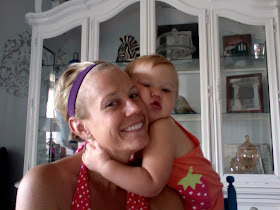 Make my day and leave me a love note!